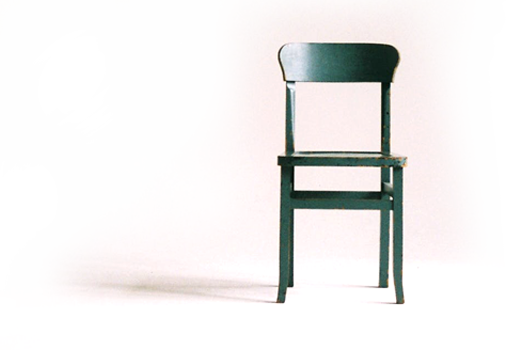 What is bipolar disorder?

Bipolar disorder (formerly known as bipolar depression or manic-depressive disorder) is a condition that is often misunderstood.

One can conclude that bipolar disorder launches an attack on your MOOD and can sometimes leave you so depressed that you cannot function normally. Care should be taken not to confuse it with major depression, even though professional therapists sometimes struggle initially to diagnose bipolar disorder due to the complex nature of the symptoms.

Bipolar disorder was formerly known as manic-depressive disorder due to mood swings and periods of normality in between. Persons suffering from this disorder are usually well aware that they are struggling with their mood due to the abnormally high emotional fluctuations. It is also common for these individuals to have difficulty functioning in society, especially during a manic phase, and often feel guilty about their behavior during that phase.

Research into this condition is still ongoing, but a combination of medication and psychotherapeutic treatment (to see a psychologist) can greatly ease the symptoms and improve quality of life.

For someone to be diagnosed with bipolar disorder, the symptoms cannot be the result of the abuse of alcohol or other drugs, nor should it be due to another condition.

Why is it so difficult to diagnose bipolar disorder?

The first occurrence of bipolar disorder may show features of both phases (extreme depressed, alternating with excessive excitement). After this, years can pass during which the person does not experience any symptoms. What further complicates a diagnosis is that some of the symptoms, especially during a manic phase, often correspond to those of other conditions. If one then looks at the symptoms of bipolar disorder in isolation, without considering all the factors, you can easily make the wrong conclusion and consider that the symptoms indicate the following:

Confusion can occur due to similar symptoms and can lead to inaccurate diagnoses, such as. the disorders below:

One can therefore understand that it will be more difficult for a professional to diagnose bipolar disorder than some other psychological conditions.

What are the symptoms of bipolar disorder?

The following symptoms are indicative, based on the Diagnostic and Statistical Manual of Mental Disorders (DSM – 5), which is widely accepted as the most authoritative source worldwide. Please note Please note that an official diagnosis may only be made by a qualified person.

For someone to be diagnosed with bipolar 1 disorder, a manic phase must occur. It can be preceded or followed by a hypomanic or depressive phase. Although a manic phase occurred only once, even years ago, it is sufficient for diagnosis.

The manic phase / episode is characterized by:

'n Hypomanic phase / episode is characterized by the following:

'n Depressive phase or episode is characterized by the following:

To be diagnosable must at least five of the following symptoms, for a period of at least two weeks. One or both of the first two symptoms should occur:

Did you know?
Gender does play a role, however, since manic phases occur more often in men than depressive episodes, while it is generally the other way around in women.
A family history of mental disorders and genetic makeup appears to play an important role in the cause of bipolar disorder. People with a family history of this are therefore at a greater risk of developing the disease. However, it is not known to what extent heredity (genetics) combined with environmental factors contribute to the disease.

Do you or a loved one have bipolar mood disorders?

Why is treatment necessary for bipolar disorder?
Without proper treatment, the symptoms of bipolar disorder can gradually worsen. Bipolar disorder can be compared to other diseases in this respect, for example diabetes. Both conditions require continuous pharmacological treatment (medication) and monitoring by a professional. The results are generally much better if the person regularly receives psychotherapy from a psychologist.

Important
The fifth edition of the Diagnostic and Statistical Manual of Mental Disorders (DSM-5) states that the suicide risk of someone with bipolar disorder is up to 15 times higher than for the general population. So it is extremely important to get help for this disorder.

What role does medication play?
Bipolar disorder is largely caused by a complicated combination of a chemical imbalance, genetic factors and many more. Medication is essential to stabilize the chemical processes that cause the depressive and manic phases. Appropriate medication has been developed to make the mood swings or big jumps in "up" and "down" times less intense.

A combination of the following aspects can play a pivotal role in the lives of diagnosed people and can help to lead them to a fulfilled life:

How long should I use medication?
This largely depends on the degree of your diagnosis, but generally long-term treatment is suggested. It is an important question to discuss with the doctor who prescribes the medication.

My medication doesn't work for me; what now?
There is no ready-made, prescription treatment for individuals with bipolar disorder. What works for one person may not work for another.

Your doctor will initially try different types of medication until you find the right medication for you. It is extremely important to always consult a professional (a psychiatrist in this case) about medication and keep him or her informed of your experience of it.

How do I prepare for my first appointment with a doctor or psychologist?
If your anxiety levels are too high, ask a family member or friend to go with you to the first appointment. You can take the following with you:

What would a treatment plan for bipolar disorder look like?

From an integrated approach, we usually propose a combination of the following strategies:

Diagnosis
An accurate diagnosis is very important. Therefore, first start by requesting a full medical examination from your GP to make sure there is no medical explanation (eg thyroid problems) for your symptoms. If not, the next step is to make an appointment with a psychologist, who can further assess and diagnose you.

Therapies
Assistance and support by a registered (clinical, counseling and sometimes educational) psychologist, registered counselor or even a spiritual leader or trusted, trained counselor in your community can be extremely valuable. It is usually worthwhile in the long term to learn within a therapeutic relationship to understand and manage your diagnosis. There may be events that need to be processed and therapy provides a safe space for this.

Medication
Medication may be prescribed by a psychiatrist. If someone cannot afford private services or medication, they can inquire at their nearest state clinic or hospital.

Support groups
A support group can be invaluable to someone suffering from depression or bipolar disorder. Within the group, people share their “stories” and challenges and learn from each other's skills and experiences. It is not always easy to find a support group in one's area. Online searches sometimes produce good results. Find more information on the SADAG website

What can I do to manage my illness?

Important
Watch out for triggers!
Bipolar disorder can sometimes be triggered by intense stress, especially if the person is generally struggling to cope with stress. Therefore, it is always important that a person diagnosed with this disease should keep an eye on him / her when life stressors begin to stress - work pressure, financial pressure and relationship problems are just a few examples of factors that cause stress in individuals.

If you or a loved one has been diagnosed with a mood disorder, we recommend that you consult a professional as soon as possible. The following options may be considered:

Important
All people experience fluctuations or changes in their state of mind. It is normal and part of being human. Sometimes, for example, one is ecstatically happy and then there are times in most people's lives that they can feel very dark and "down". The difference, however, is that the person suffering from bipolar disorder has been exposed to chemical fluctuations that are much more intense than the average person's. The symptoms can sometimes get so intense that the person with bipolar disorder can even lose touch with reality. The mood swings can happen dramatically and suddenly, but in most cases a gradual transition occurs.

If you or a loved one is struggling with mental health issues, we suggest the following options: