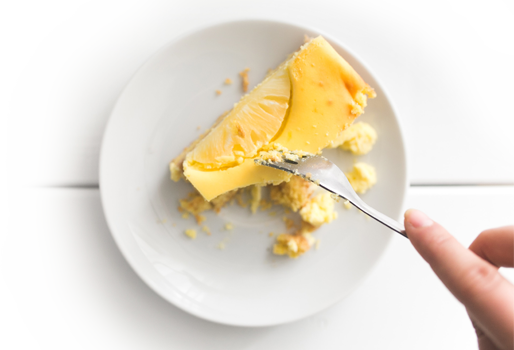 What is an eating disorder?

What is a Food Addiction?
Much research is currently being done on addiction to e.g. sugar or carbohydrates. When we cherish (c), it is usually high in sugar and / or carbohydrates. While these foods can be addictive and also stimulate a rewarding message in the brain, we focus more on the processes surrounding food intake, e.g. the time spent thinking about it, acquiring it, taking in the behavior that follows, as well as the function it fulfills, e.g. to comfort or reward. So we focus on the relationship we have with food, rather than the food itself. That is why we prefer it below process addiction as substance abuse group.

What is an eating disorder?
An eating disorder is a pattern whereby people unconsciously experience their life problems (issues) try to cope by focusing on their relationship with food and their weight. The person thus avoids their emotions about the things that are really important. Food and weight become so important that it determines their feelings about themselves and has a noticeable impact on their functioning, which can be life-threatening.

On a deeper level
Underlying the symptoms of an eating disorder, we often see problems in the relationship of the person suffering from the eating disorder with the person's primary caregiver (usually the mother). There is usually a power struggle that is not directly articulated in this relationship, as well as confusion about the roles of caregiver and child. The boundaries between the child and the primary caregiver are / were therefore problematic and the process of being / becoming independent is in some way suppressed. Instead of dealing directly with the tension / conflict, both parties should be friendly and respectful and suppress their anger. Control is therefore also a central theme: Who is in control and who is in control? The "child" in the relationship always feels powerless and in an attempt to give her / himself a sense of being "in control", the control of eating habits becomes unnaturally important. In some cases, control over food intake then becomes virtually obsessive, while in others it is totally lost.

How do I see myself?
Self image
Again, as in the case of other psychological conditions, the relationship I have with myself is crucial. How do I see myself, and how do I talk to myself? We often find that the person struggling with an eating disorder has a negative core belief about themselves, e.g. that they are not good enough. This leads to low self-esteem. Performance becomes unhealthily important, almost as a way to compensate for the negative image they have about themselves. Being lean, then, is a very important achievement, and weight gain is a major failure, "affirming" their negative self-worth.

We often see it problematic for some people (especially women) to accept their strong or dominant traits within a society where they are socialized to “nice”And that the suppression of these“ unacceptable ”characteristics is associated with them to suppress appetite or other symptoms of eating disorder.

Why an addiction?
The bodily response to the eating disorder behavior has addictive properties. An anorexia sufferer becomes e.g. addicted to the feeling of starvation, the aftereffect of using laxatives and the feeling of a malnourished body. The neurological consequences of this behavior can be as addictive as drugs and alcohol.

Someone who overeat gets addicted to the feeling of eating too much. The search for emotional relief is displaced with an urge to eat. The eating episode, as in the case of other addictions, brings only temporary relief and is usually followed by feelings of guilt, self-awareness and negative self-evaluation. The same goes for the aftereffect of vomiting, which is equally addictive.

A person with an eating disorder gets caught up in a repetitive pattern of the addictive behaviors associated with eating and / or weight.

Read how an anorexia sufferer writes about the experience:
https://www.healthyplace.com/blogs/survivinged/2011/07/addicted-to-starving-the-lure-of-anorexia-part-i/

People with eating disorders may also struggle with one or more of the following:

DO I HAVE A PROBLEM?

Do I, or anyone I care about, have a problem?

Below is a list of signs that may indicate that someone is struggling with their relationship with food and weight. If you, or someone you know, identifies with one or more of the points, it is recommended that a professional be contacted.

If you or a loved one is struggling with one or more of the above symptoms, it may benefit you to contact one of the following persons / professional services:

Who can diagnose me or a loved one?
Because eating disorders are so complex, we would recommend that you be tested and diagnosed only by a clinical psychologist or psychiatrist. They are trained to distinguish between the various disorders. You can also be treated by a counseling psychologist with experience in the treatment of eating disorders.

What role does a psychologist play in my treatment?
A psychologist can diagnose an eating disorder and treat psychotherapeutic in collaboration with other professionals. This means that the person can help you understand what your diagnosis is, how to live with it, and how to apply a strategy that can lead to behavioral change. A psychologist in South Africa may not prescribe medication and usually works with a psychiatrist in a team.

How do our psychologists work with it?
The vision of the Wie is ek?center is to provide in-depth treatment for eating disorders, as with other addictions, in which a careful focus is placed on the dynamics of the eating disorder, but where the other important components of someone's story, personality and context are also integrated into the therapy process. In other words, the focus is not only in isolation on the eating disorder, but also on how it relates to the person's trauma, defense mechanisms, family and stressors.

Important
A person with an eating disorder becomes trapped in a repetitive pattern of the addictive behavior associated with eating and / or weight.

A person suffering from this works in individual sessions with experienced and highly trained therapists and also participates in group sessions, in which he / she can share their experiences and challenges with a therapist and other persons in the same boat.

If you or a loved one is struggling with mental health problems, we suggest the following options: